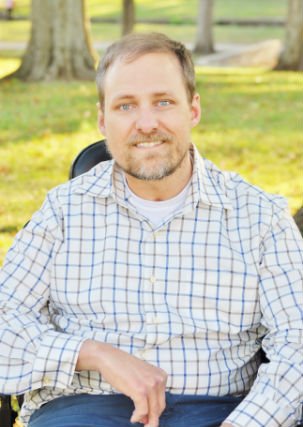 Blake McMeans was once one of the nation’s top-ranked high school tennis players until one tragic incident changed the course of his life forever.

As the son of former University of Tennessee (UT) football star and team captain, Neal McMeans, Blake was destined to become a gifted athlete. At the age of three, Blake picked up his first tennis racket and discovered his passion for the sport. As he grew older, he won tournament after tournament and marched up the national rankings, making a name for himself as one of the top tennis players in the nation.

Not only was Blake’s prowess on the tennis court a force to be reckoned with, but his popularity and academic successes were palpable as well. Blake was constantly surrounded by friends and admirers, he was voted as “best looking” at his high school, and he was always one of the most popular kids on campus. He was heavily recruited by universities around the nation for his athletic-academic abilities, as well as by some of the top fraternities on those campuses.

After graduating early from high school, Blake decided to follow in the footsteps of his father and accepted an athletic-academic scholarship to the University of Tennessee. The rising tennis star’s dreams of becoming at star athlete at UT were cut short, however, when one tragic incident led to another in Blake’s life.

At the age of 17, Blake’s world was suddenly rocked by the unexpected death of his father. Shook by grief, Blake turned to alcohol to numb the pain.

On the night of Nov. 10, 1994, Blake went drinking with his future fraternity brothers just off of UT’s campus, then got into his car to drive home. Just after 2 a.m. and just ½-mile away from home, Blake drove his car into an embankment, hitting trees along the way and flipping his car three times. Once emergency personnel arrived to the scene, Blake was immediately airlifted to UT medical center, where doctors and surgeons fought to keep Blake alive.

For nearly four months, Blake remained in a coma. At nearly every point during his recovery, Blake’s chances of living – much less significant gains in physical and cognitive progress — seemed highly unlikely. Despite the odds, Blake survived the initial trauma and began slowly learning how to conduct routine activities, like lifting his head, blinking, and swallowing all over again. 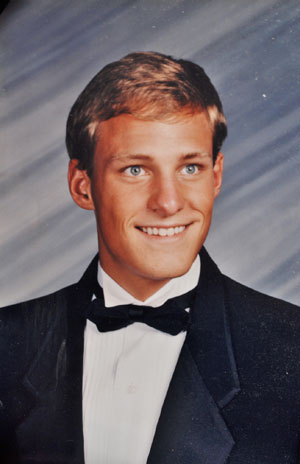 With each new day, Blake continues to accept the challenge of working hard to improve physically, mentally and cognitively. He works out at the YMCA several times a week and continues to make small, steady gains in his motor development. The same fortitude that once helped make him a tennis star and the inner strength that helped him survive his accident is now being channeled toward another purpose.

Now, Blake is back at center court in a whole new way. Through his nonprofit, the Blake McMeans Foundation and Promise Tour, Blake educates young adults about the dangers of drinking and driving in the hopes of preventing them from making the same life-altering mistake he did. Since the launch of the Blake McMeans Foundation in 2007, Blake has spread his message far and wide to tens of thousands of students across the region, encouraging them to make a promise not to drink and drive. Today, Blake McMeans is one of the true champions of drinking and driving prevention in the state of Tennessee, and his passion and commitment to the cause fuels a statewide effort in providing awareness opportunities that stress the importance of making strong, healthy choices throughout life.

Follow Blake McMeans on social media to stay up to date with his latest speaking events.